The Devil is a liar and one who, as in the Garden of Eden wants to say: Did God say?
Ministry Tools
Groups
Singles
Salvation Message
Covenants

A quick comparison of Bible versions shows that they are really not the same. Some leave out entire verses, others disagree on whether Jesus should be called God's servant or God's Son. But how do you decide which is completely correct?

The experts want to impress you, so they make it sound complicated. But the bottom line is that there are two different texts from which Bibles are translated, and only one can be correct. Choosing the right one is not the realm of Greek and Hebrew scholars, either.

It boils down to one simple question...
The starting point:
The words of the LORD are pure words: as silver
tried in a furnace of earth, purified seven times. Thou
shalt keep them, O LORD, thou shalt preserve
them from this generation for ever. (Psalm 12:6-7)

Your decision:
You must decide whether or not you believe God has kept this promise.
Did He preserve His Word throughout the generations? Or did He not?
That decision will lead you to one of two Bible texts.

You believe God preserved His Word
If God kept His promise, then what we need to do is simple. Have archaeologists find all the copies and pieces of copies they can find that have survived from ancient times. If God kept his promise, copying errors will not have polluted the text. Instead, when we compare the copies from churches all over the ancient world, we will find that they agree, that they all had basically the same text. If we occasionally find a copy that does not match the others, we will throw it out, knowing that it was made by a sloppy copyist.

This has, in fact been done. The Old Testament Hebrew text was preserved by the Levites. The apostles quoted it, and we can trust it. For the New Testament, of all the copies in existence today, 95% agree in an incredible way. God did keep His promise! Only 5%, a tiny minority, are "messed up." All we have to do is put together a Hebrew and Greek text made up from our overwhelming majority of ancient texts, and we will have a text that we can be confident is exactly the same as the one held by the early church. Today, this text is called by several names, the most common being the "Received Text" or "Textus Receptus."

This was the text used by devout translators like William Tyndale, Martin Luther, John Calvin and others, some of whom died to preserve the Scriptures. If they were going to have to die for it, they were determined to die for the right text! This is also the text used to make the most famous and durable of all English Bibles, the King James Bible.

No modern English Bible translation uses this text! But that's another story.

You do not believe God preserved His Word

If you believe that God did not keep His promise, then you have to expect that as people copied the Scriptures, mistakes constantly crept in. The next copyist would copy those mistakes, and add some of his own. As time went on, the Scriptures held by the church would deteriorate, becoming worse and worse, until nobody would really know what the originals said.

If you believed that, you would want archaeologists to search for the oldest copies of the Scriptures they could find. The idea is that the older it is, the closer it is to the original. You could never be sure you had an accurate copy, but the oldest manuscript would give you the best possible copy, with whatever errors it may contain. This is the method being used by all modern Bible translators today.

They have had archaeologists search the world over, and have found two very ancient copies. One was in the library at the Vatican. It's logical to call this one the "Vaticanus." The other one was deposited in a waste basket at Saint Catherine's Monastery on the Sinai Peninsula, and is thus called the "Sinaiticus." These two copies of the Scriptures, given to us by the Roman Catholic Church, originally came from Alexandria, Egypt, the fountainhead of great heresies of the early church. These two manuscripts disagree with 95% of the broad historical evidence, and they also disagree with each other.

But if they disagree, how do you base a Bible on them? That's simple... find a scholar you consider an expert. Whenever these two copies disagree, have your expert pick the one he likes. We will consider that to be the correct version of that particular verse. Thus, in reality, you are placing your faith in the opinions of this great scholar, instead of the broad evidence of history, left for us by the God of history.

It's kind of hard to have faith in a Bible made from that, isn't it? But if you don't believe God kept His promise, that's the best you can do. This is, in fact, the view held by the majority of Bible translators today. Since they don't believe they can possibly have a reliable, accurate copy anyway, they feel great liberty to add their own private ideas, or interpretation, to the Scriptures. Thus, we get a multitude of Bibles, that very clearly do not say the same thing! What's a person to do?

Well, you could try believing that God kept His promise. 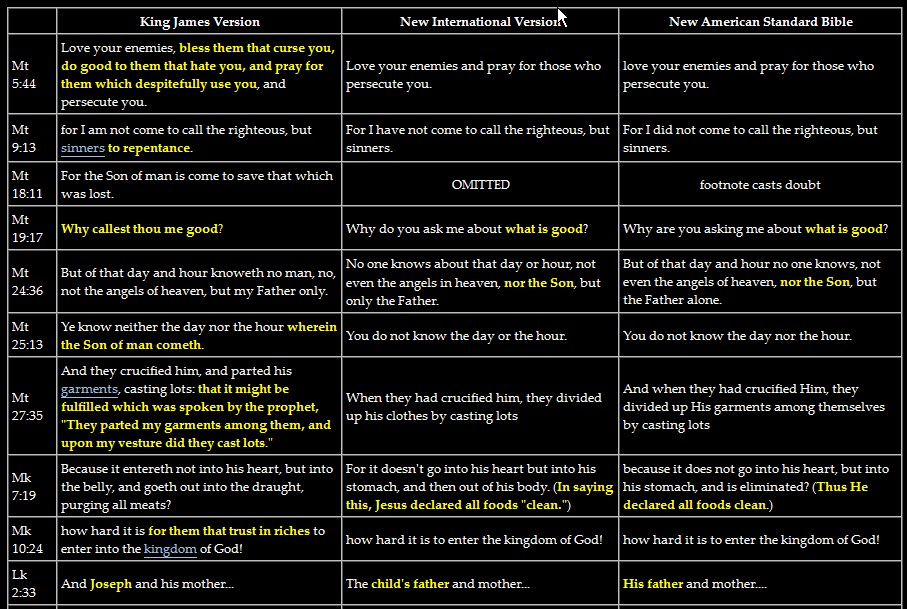 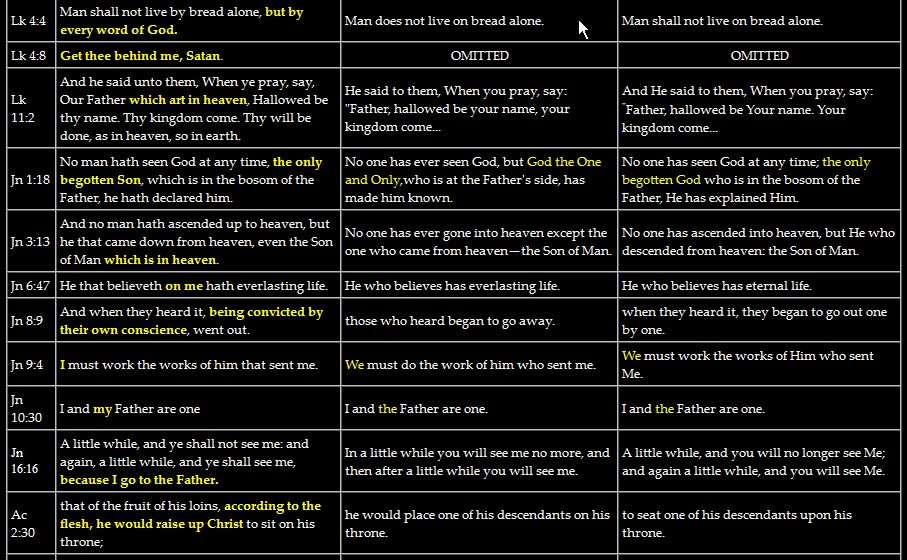 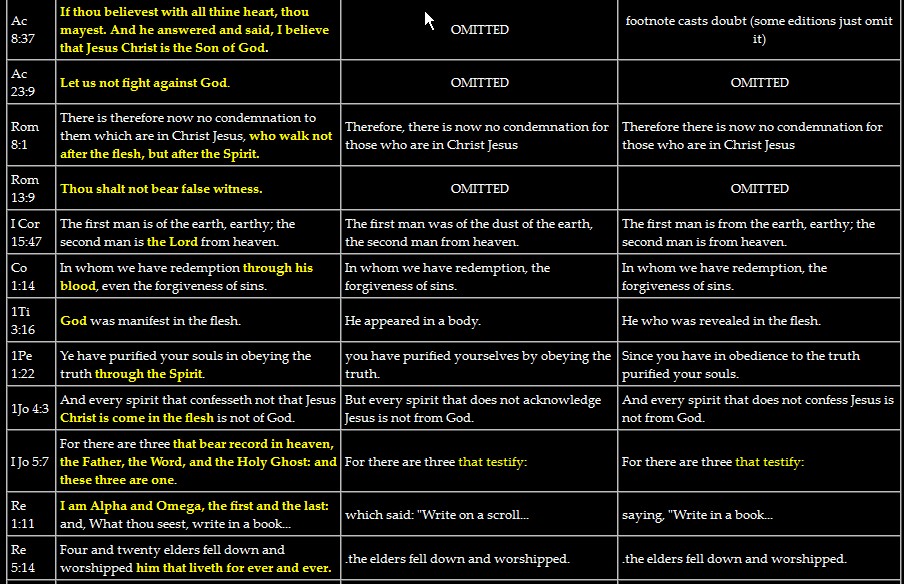